Ephesus Tours – Ephesus was the capital city of a Roman province in Asia. Ephesus was a significant center of trade, located near a harbor at the mouth of the Cayster River in western Asia Minor. The city lay in a long, fertile valley. Major roads connected Ephesus to all the other significant cities in Asia Minor.

Ephesus was known for its amphitheater, the largest in the world, designed to hold up to 50,000 spectators. Ephesus was also the location of the great temple of Artemis, or Diana, built in 550 BC. This temple, one of the Seven Wonders of the Ancient World, was “425 ft. long and 220 ft. wide; each of its 127 pillars which supported the roof of its colonnade was 60 ft. high” . Much Ephesian industry was related to this temple. Craftsmen sold shrines and household images of the goddess that worshipers could take with them on long journeys. The Ephesians were proud of their religious heritage and its accompanying legends (Acts 19:35).

Ephesus is mentioned often in Scripture. Paul journeyed to Ephesus during his second missionary trip and stayed there for two years so that “all the Jews and Greeks who lived in the province of Asia heard the word of the Lord” (Acts 19:10). Ephesus was a prime site for evangelizing the whole province, due to the city’s accessibility and prominence in the region. It was in Ephesus that Paul and his companions were taken into the massive amphitheater where for two hours the mob shouted, “Great is Artemis of the Ephesians” (Acts 19:23–41). Despite the strong objections to the gospel, many Ephesians came to faith in Christ through the faithful ministry of Paul and his companions. A church began there, and a few years later, Paul wrote to them a letter that we now call the book of Ephesians. Four hundred years later, Ephesus was the site of a major church meeting known as the Council of Ephesus.

Ephesus Tours – We will pick you up from your hotel or from the cruise port and drive to Selcuk. We will have a full day visit to the unforgettable ruins of Ephesus.

Ephesus, the Roman Capital of Asia Minor and one of the most important of the ancient cities, is home to the Temple of Artemis, one of the ‘seven wonders of the ancient world’. Visit the ruins of Odeon, Hercules Gate, the Temple of Hadrian, the magnificent library, Agora and the spectacular Greco-Roman theatre. Continue to Meryem Ana, the house of the Virgin Mary, where she spent her last days and visit the Basilica of St. John.

We will take you back to where ever you like to be. 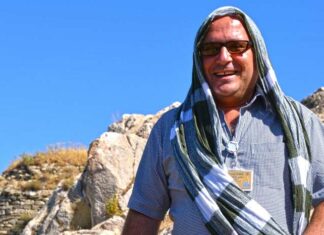